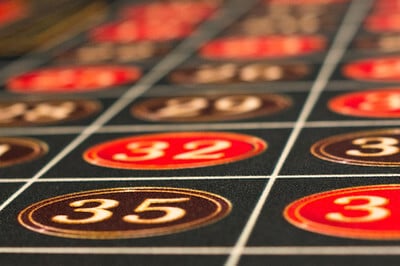 Do you have a loved one who has a gambling problem?

Statistics released by the NHS in December 2019 found that two million people in England are at risk of developing a ‘pathological gaming’ condition with 400,000 people having an addiction to gambling.

The number of gambling related hospital admissions has also doubled according to the NHS from 150 to 321 in the last six years.

The NHS has pledged to open 14 new problem gambling clinics by 2023/24 following the rise in gambling-related admissions.

With problem gambling estimated to affect as many as 1% of the British population1, what are the signs to spot if someone you know has a gambling problem? Fiona McGill, occupational health manager at BHSF, said: “Common financial warning signs can range from money missing from bank accounts, borrowing money on a regular basis, being secretive about financial records and payslips or having many loans at one time.

“When someone develops a gambling problem, there are often noticeable changes to their mood and behaviour which can include becoming withdrawn from others and at family events, seemingly worried, agitated or upset for no apparent reason and their performance at work being affected. People may also feel hopeless, depressed, frustrated or suicidal.

“Some common time related signs that could indicate someone has a problem with gambling can include being secretive about unexplained absences, late for commitments, taking a lot of sick days or days off and taking an unusual amount of time for simple tasks, for example, taking two hours to get the paper from the shops.

“Gambling can become an addiction and spiral out of control. To help those who have a gambling addiction, there is evidence that it can successfully be treated in the same way as other addictions with cognitive behavioural therapy (CBT) usually delivering the best results.2

“Its important to remember that treatments such as CBT and support groups are available for people who want to stop gambling.”

2 – CBT was revealed to be the most common form of therapy in the Improving Access to Psychological Therapies IAPT programme. In 2013 – 2014, CBT accounted for 38% of total appointments as part of the programme (approximately three billion appointments).